Rodavgi and Xirovouni is a destination which has it all and it is only 22 km away from the city of Arta. A magnificent get away for the lovers of nature, culture and relaxation.
In Rodavgi the visitors can enjoy the pink color of the dawn-the village took its contemporary name because of this factor-but also the view of Tzoumerka and the fjords, which are shaped by the river Arachthos in its course to lake Pournari and the Ambracian Gulf.

Built in a verdant slope of Xirovouni ,as well as Pistiana, (they are only 2km away), where the Molossus had their citadels they invite and provoke you to to discover them through small, hiking routes.

The ruins of the Ancient Wall of Athineon in Manoura or in Tsougri in Rodavgi, as well as the remains of the small ancient town, part of the powerful precinct and the ancient cemetery in Ellinikon in Pistiana, aged from the 4ht century BC, are easily accessible through trails. Clay vases, a bronze bucket of exquisite art of the 3rd century BC and more findings from these locations are in the Archaeological Museum of Arta.

The post byzantine temples and churches give out a special religious and cultural interest in the area.

Prominent of all the church of St Paraskevi, in the center of Rodavgi, one of the most majestic temples of post byzantine Arta, a paved three aisled vaulted basilica with dome, built in the 19th century, accompanied with a myth that says about the miraculous route of the icon after the landslide of the old temple in Kakolagkado to its today position.

The wood carved iconostasis and the exquisite art of the murals of the post byzantine temples of St Georgios, St Paraskevi and Panagia ( works of the 17th and 18th century) as well as the temple of Panagia Faneromeni in the hononymous village in the tableland of Xirovouni, are of great interest.

Watermills and fountains scattered in Rodavgi, Pistiana and Skoupa, but also the Folklore Museum of Rodavgi reveal data about the works of the residents of Xirovouni in the 20th century.

The watermill in the source of Besiko-Arapi stands out. It is in a gully at about 300m away from the center of the village with the century old plane trees. During the ottoman rule the residents of Rodavgi and the Turks gave their word (besa) that they will live together in peace-thus the name Besiko.

You can also enjoy the local gastronomy, which is rich in meat and traditional pies, in the taverns of the area, in addition to tsipouro, coffee and spoon sweets in the traditional cafes and participate in local holidays and festivals under the sound of clarinet, acquiring unique experiences. 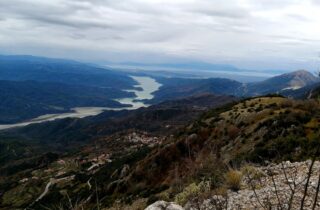 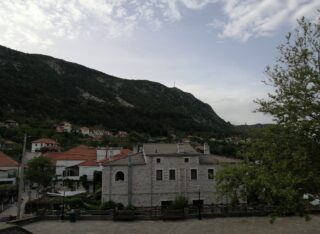 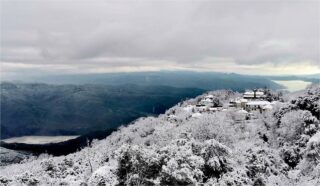 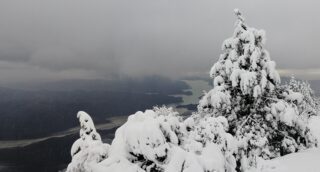 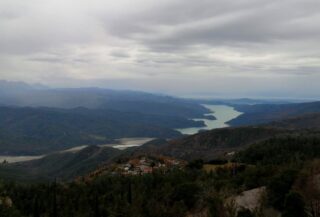 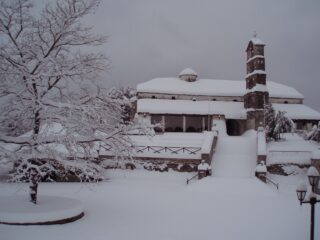 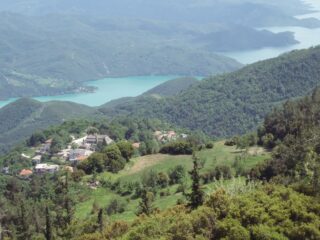 This Easter custom holds well in Rodavgi and the Cultural Association with all the carriers of the village (church, community, the association of women etc) which support and surround the Folklore Group, that for over 20 years every eve of Lazarus name day in the hagiati of the historic temple of St Paraskevi sing with joy unforgettable songs of their tradition ‘Lasarus found you well this year and next year with the whites, with the reds and with the flowers’… 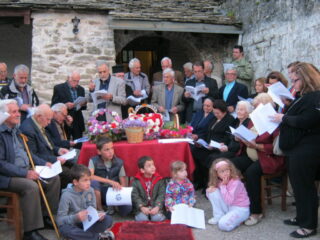 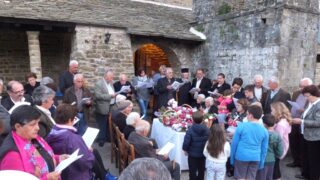 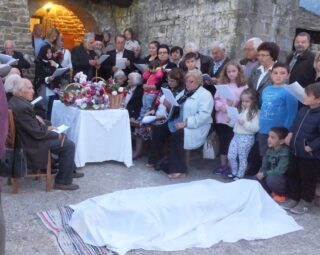 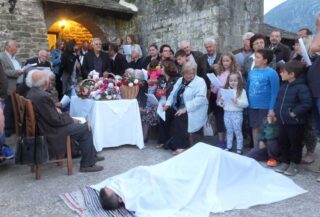 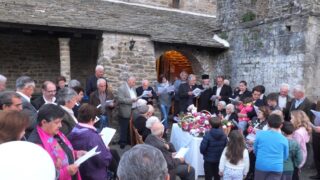 The traditional festival of Santa Paraskevi with the famous dance ‘Kagkelari’ in the 27 of July, takes place in the name day of St Panteleimonas where everybody in the village meet, villagers and visitors. Old and young people, women and children form a cycle around the plane tree of the square with the bairaktari (standard bearer) , usually the oldest one, leading the dance. First the men say the words and the women repeat ‘ it was this hour yesterday , this hour the day before, in the dance were all the boys and all the children and all the girls unmarried….’ ‘you that you lead the dance like a slip of basil, like a slip of amaranth…’… ‘you that lead the dance do the double railings, do the railings’ … ‘you that lead fix the dance and I am a foreigner and I ll see and I go to confess…’ 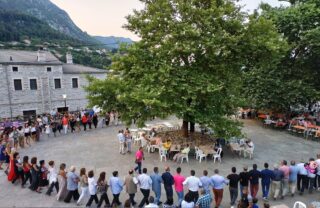 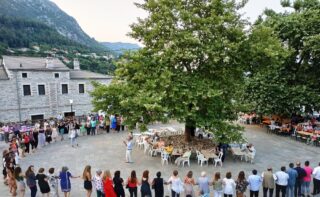 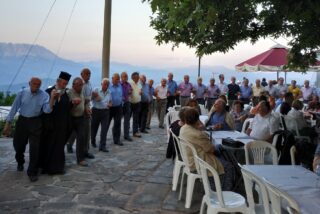 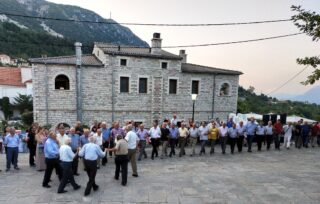 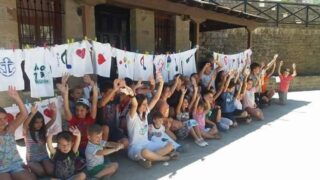 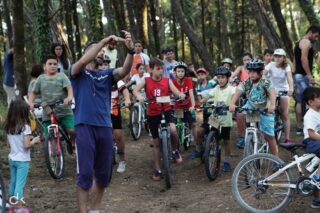 It is held every second week of October by the Cultural Association of Rodavgi, under the shadow of the plane trees in the village square. Visitors can enjoy free roast and boiled chestnuts, chestnut soup, pancakes made by local women and plenty of delicious tsipouro, while you can watch its distillation.
The fiesta is completed with dancing and singing in the square of Rodavgi from traditional dancing groups. At the same time a flea market is held with local farm products, such as chestnuts, mountain tea, oregano, spoon sweets etc.